Timetable World is grateful to Robert W. Rynerson for permission to reproduce his article about military trains serving the corridor to West Berlin.  He was stationed there with the U.S. Army Berlin Brigade 1969-71, and made several journeys utilising the dedicated services for American, British, and French military personnel.

Additional material from Mr Rynerson on his experiences in Berlin are available at https://www.berlin1969.com/.

All photographs are © Robert W. Rynerson except where stated. 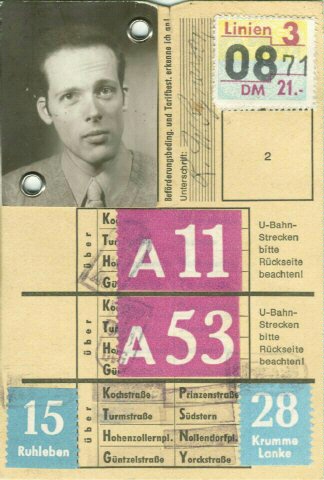 The status of Berlin 1945 - 1989 was unique. The Americans, Soviets, British, and French jointly controlled the city as four sectors but, even after East Berlin became the de facto capital of East Germany (the Soviet zone), military personnel from the Four Powers could travel unannounced to any part of the city.  This continued even after the Berlin Wall went up in 1961.

The challenge was reaching the three "western" sectors in the first place.  Under Stalin, the Soviets blockaded the western sectors in 1948, but eventually stepped back - which set the scene for an elaborate set of protocols to be reached for personnel to cross East German territory. 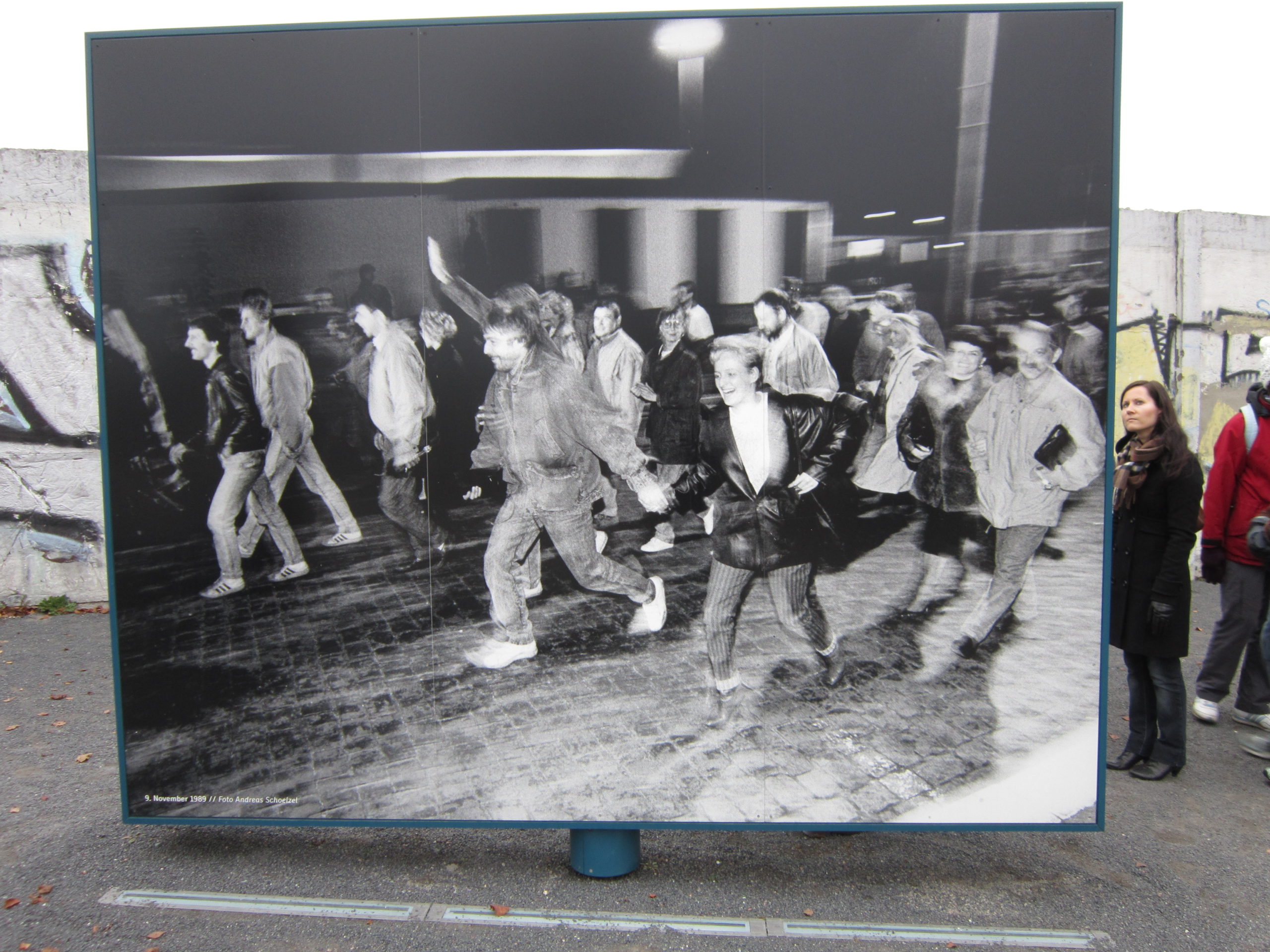 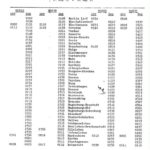 Employee timetable for the American passenger trains. Arrival and Departure times indicate where trains waited for scheduled “meets” on the single track line or where border formalities took place. 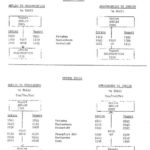 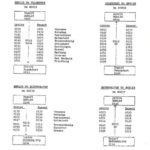 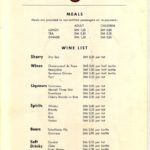 Menu card from the British train - "The Berliner " 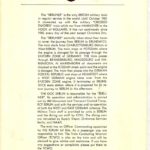 Menu card from the British train - "The Berliner" 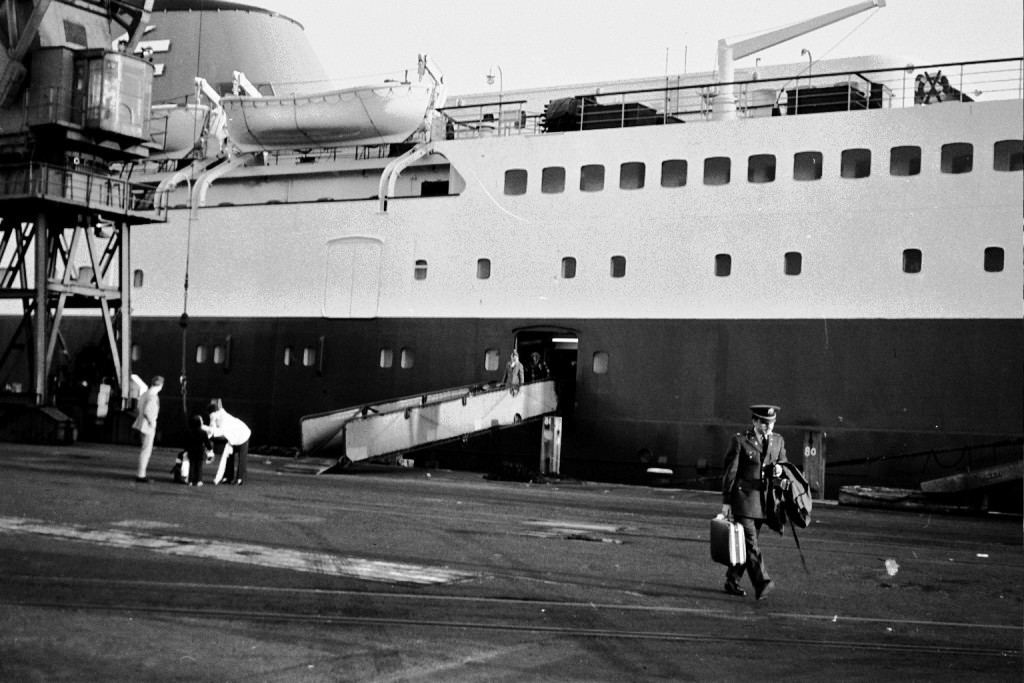 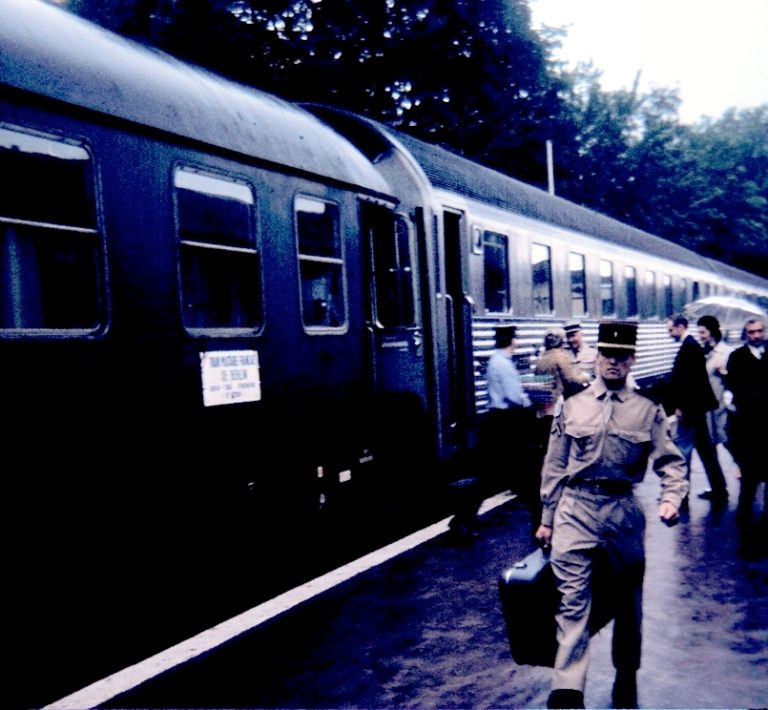 1971 – The First Class sleeper on the French train was the only Allied car with air-conditioning.

U.S. Army Transportation Corps personnel used several timetables for their military trains.  The “Duty Trains” — as the nightly U.S. passenger trains were called, had an overall timetable that showed the passenger stops, plus the familiar border crossing stops at Wannsee-Potsdam (equivalent to Checkpoint Bravo on the autobahn) and Marienborn-Helmstedt (equivalent to Checkpoint Alpha on the autobahn).

These were typed out in a style used more often in Europe than in the United States and then mimeographed.  The scheduling was a mystery to many of the passengers.  I once read a recollection in the Denver Post by a contributor who had traveled on the Duty Train as a military dependent teenager.  He presumed that the night trip was due to a desire by the East Germans to keep us from seeing their sad country.  Actually, the British and French trains both had daylight segments which the U.S. trains missed.  And in the long summer twilight, the most interesting parts of the journey permitted sightseeing for insomniacs on the U.S. trains, too.  (Study the schedules above, and you can see why that was more true on the Frankfurt train than on the Bremerhaven run.)

The Rail Transportation personnel used another timetable.  This one showed the times that the train was due to pass every station.  The Train Radio Operator signalled our passing each point to Brigade headquarters.  Because the railway had been single-tracked by the Soviet Army in its reparations phase in the late 1940’s, maintaining the schedule was of critical interest to all concerned, both from our standpoint and that of the operator, the Deutsche Reichsbahn.  We had to meet other trains at the right sidings, and we had to maintain our position in the “parade” of overnight sleeping car trains carrying civilians.  This was mostly carried out with obsolete equipment.  If one studies the detailed schedule carefully, it will be seen that an operating stop was made on the second westbound train, bound for Bremerhaven.   The halt at Eilsleben kept the follower from catching up with the leader at tiny and congested Marienborn.

Perhaps the real reason for our trains’ schedules is that American executives of the railway era always liked overnight trains because they could get a full day’s work in on each end of the trip.  The Army’s desire to keep the trip from being too much of a vacation was probably a better explanation for the timing.  A bonus to this philosophy is that a leave or a pass only was charged from midnight.  A Berlin soldier could board the train on duty, and while asleep at midnight, begin his leave.  The same effect worked on the return.  A GI went to sleep on leave or a pass and awoke on duty.  Ahhh, well!

The British Military Train operated on a different principal.  It made a day round trip from Berlin-Charlottenburg to Braunschweig and return.  This led to the provision of dining car service and offered the best sightseeing of East Germany. Alcoholic beverages were served with meals. Service was divided into First Class and Second Class seatings, but foreign guests were invited to join in First Class. (I still owe HM the Queen a lunch because I was mistaken for being a British officer.)

The purpose of its timing, however, was to connect via Hannover with trains to Hoek van Holland, and from there, to the overnight British Rail or Netherlands Railway ferry to Harwich.  The ferry was met by the express Boat Train to Liverpool Street Station in London and an obscure train that zigzagged its way into the Midlands.  This pattern was reversed in the eastbound direction.

The French Train Militaire faced yet another set of requirements.  It had the most elegant schedule, but thanks to the demolition of railway lines between the French Sector of West Berlin and East Germany, their trip from and to Berlin-Tegel took an hour of stop-and-go operation, following S-bahn trains in some cases.  The effects of this were eased by tasty food from a bistro car, washed down with Alsatian beer. (That car is now in the Allied Museum in Berlin.)

By extending the train across the border from Kehl, in West Germany, to Strasbourg, now in France, this service offered the possibility of traveling all the way between Berlin and France without having to speak German.  Due to the small size of the French garrison in Berlin, it only operated tri-weekly.

One of the oddities of the trip on the French train is that the Allies’ free travel on each other’s trains only extended within Germany.  Thus, when I rode the French train, a SNCF (French Railways) ticket was needed for the short segment from Kehl to Strasbourg.  This trip may also be made on a Strasbourg city bus route, but the French rail office wrote out a multi-part carbon set international ticket for the journey.  Travelers on the French train also faced certain other requirements.  The French charged passengers for bedding. When I asked if I could just bring along my Army sleeping bag, I was told that this extra charge was not optional.

In order to prevent travelers from booking space and not using it, the French imposed just one more requirement.  Americans had to travel to the French rail office with their travel paperwork to turn it in on the day before their journey.  This meant that one could only leave town on their train.  (I am not sure if the British faced this requirement, too.)  In spite of the hassles, the trip itself with the French was fine. Of the Allied trains, theirs had the most comfortable rolling stock.

Each of the Allies’ personnel could use the other Allies’ trains.  There were advantages and disadvantages to each, so I made use of all of them, depending on my travel plans. 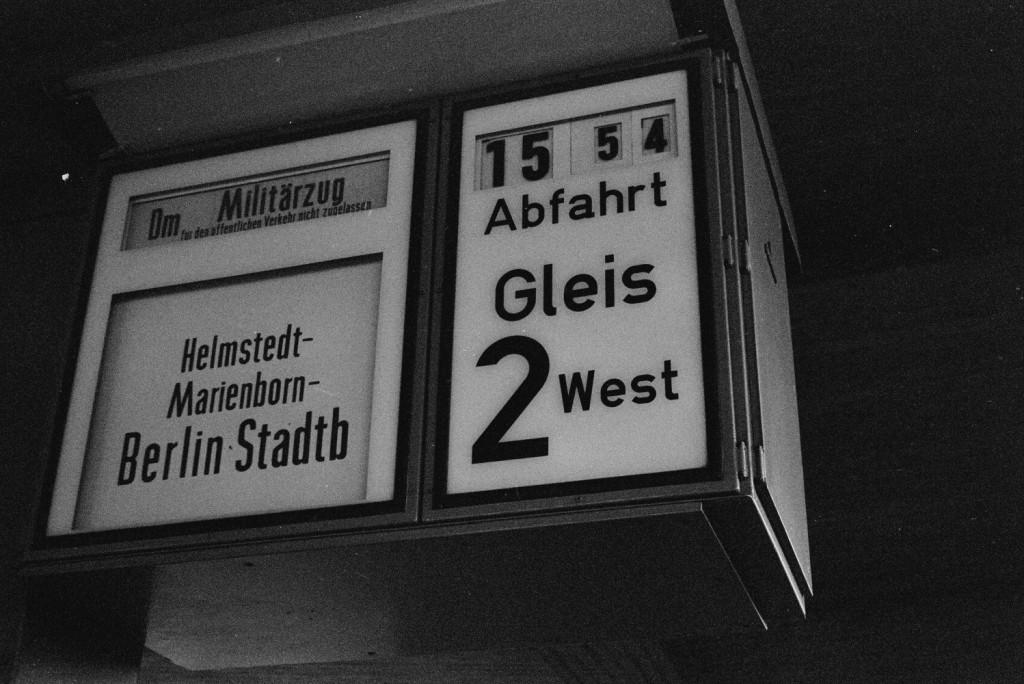 Departure board for a military train

A selection of articles with a railway theme.

Military Histories - How the Allies Travelled to Berlin by Rail

Photographs in this section © Matthew Shaw 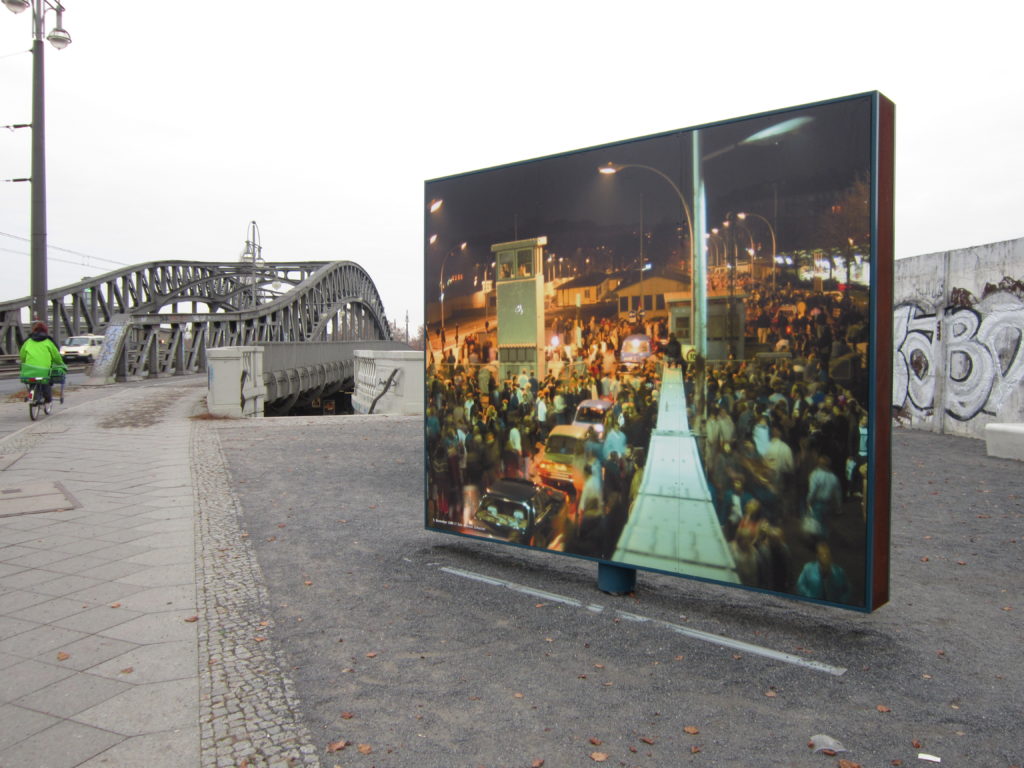 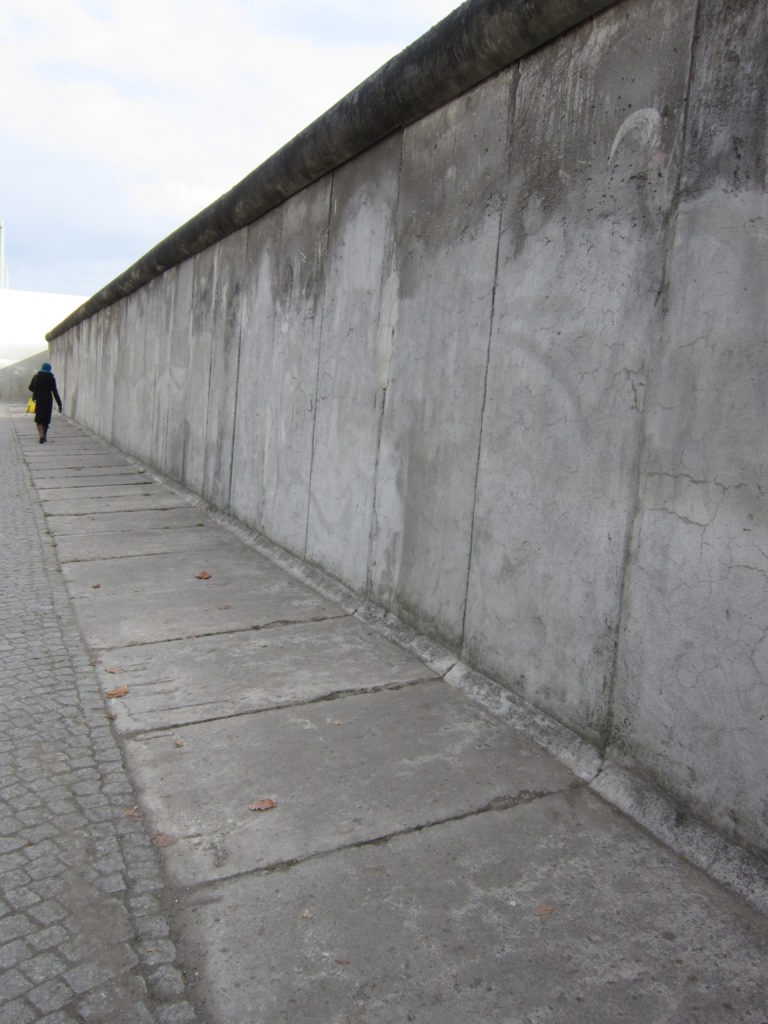 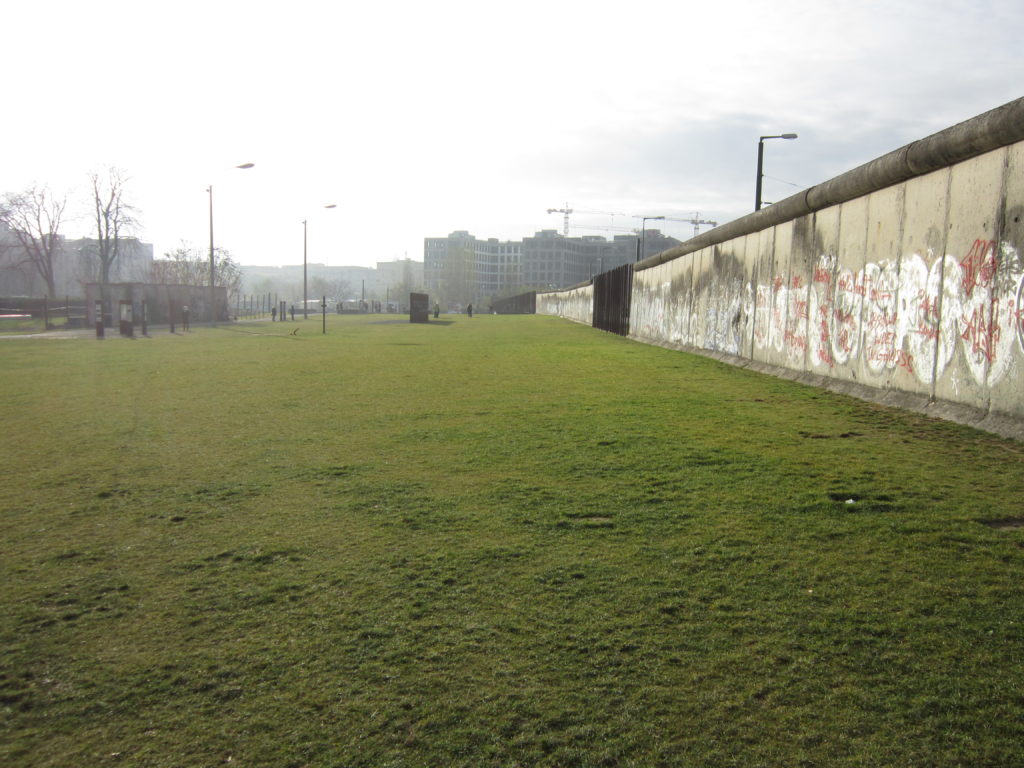 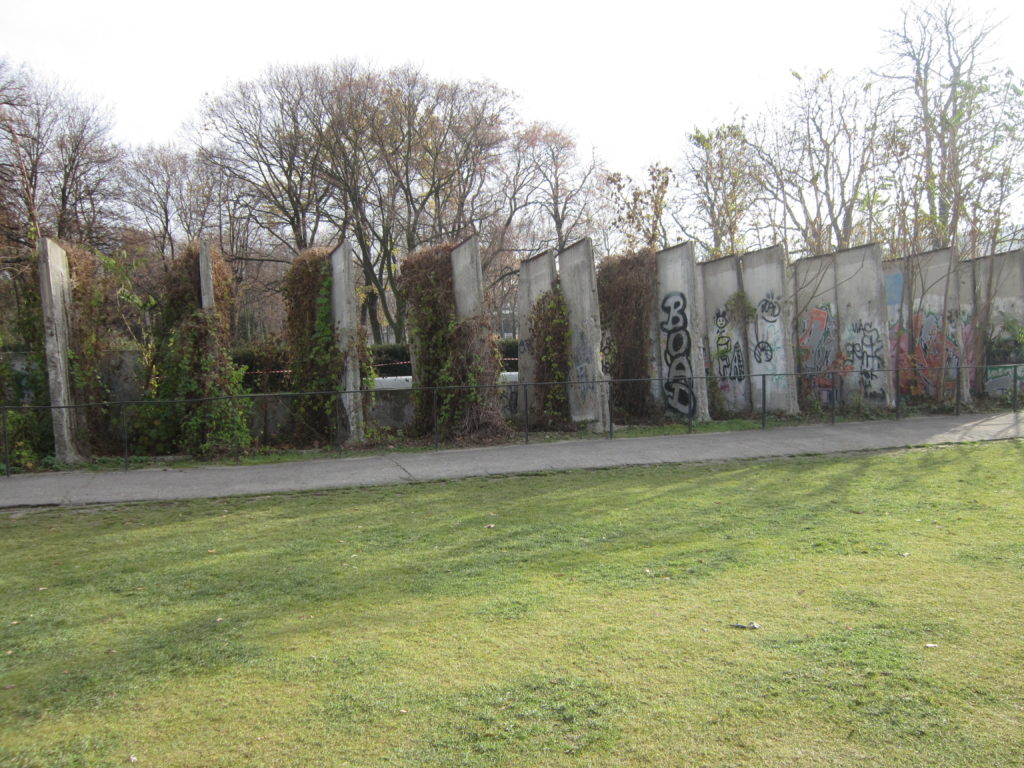 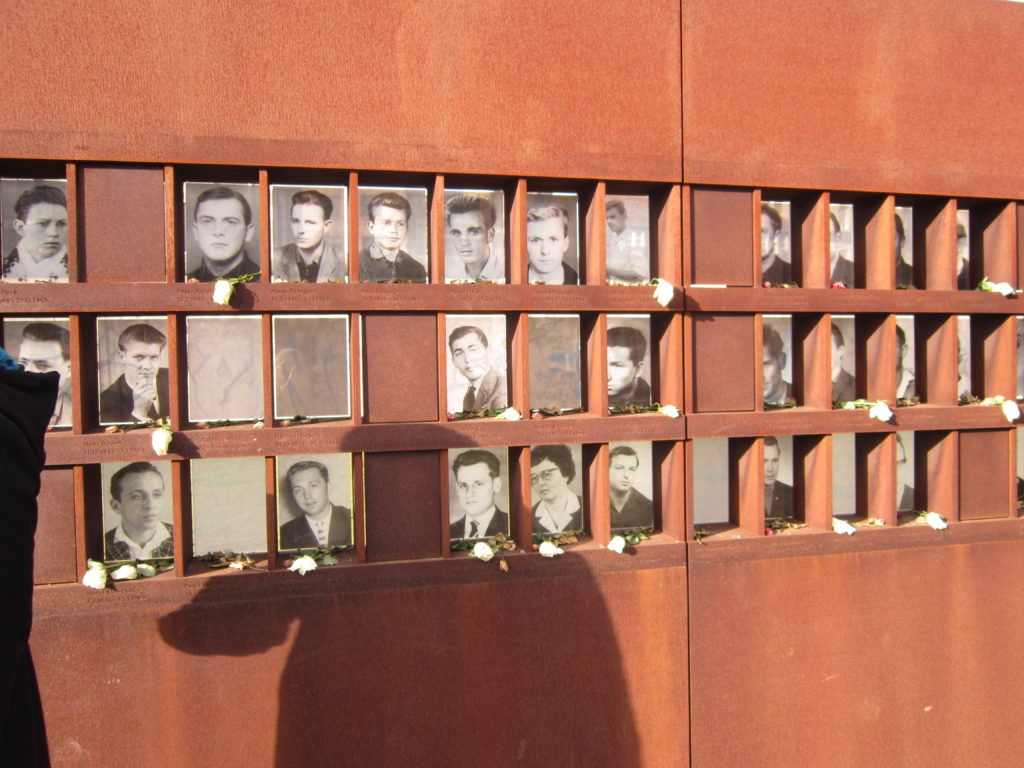 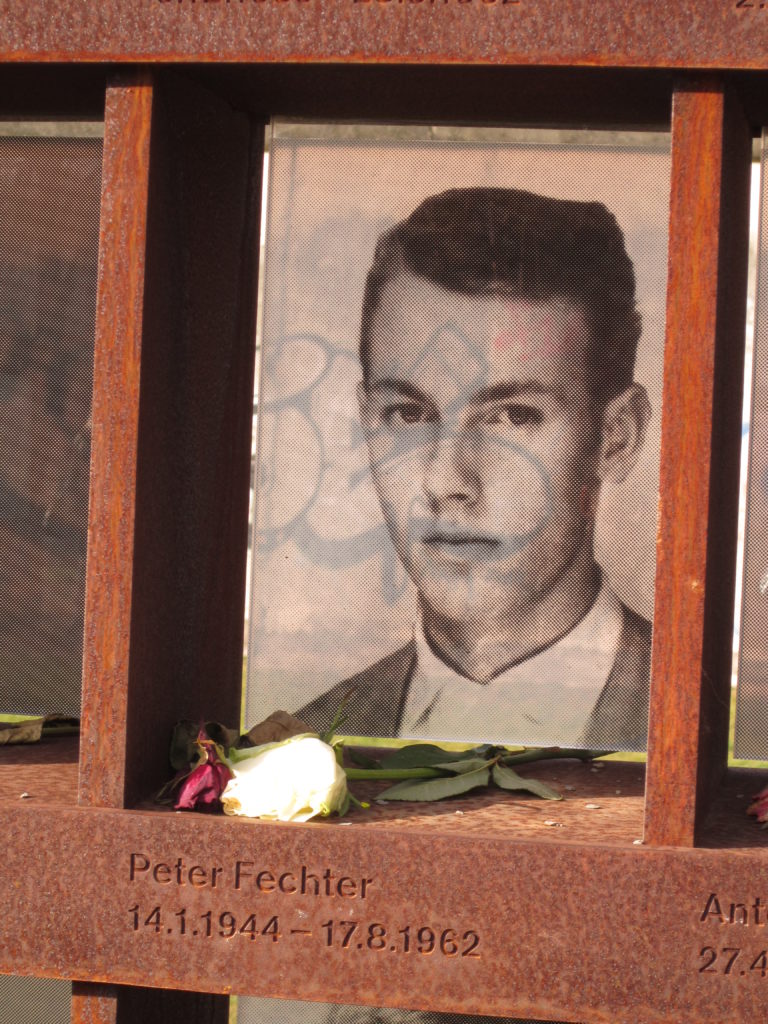 Fechter was shot in the pelvis while climbing the Wall in plain view of hundreds of witnesses. He fell back into the death-strip on the East German side, where he remained in view of West German onlookers, including journalists. Despite his screams, Fechter received no medical assistance from the East German side, and could not be tended to by those on the West side. West Berlin police threw him bandages, which he could not reach, and he bled to death after approximately one hour.